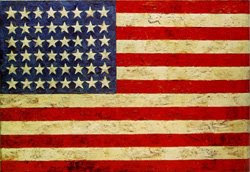 One of the topics close to my heart is the Civil War. Now this may seem like a strange or morbid thing to feel a connection to. Ever since my Father and I did some geneology research and discovered my Great Great Grandfather was part of the New York Infantry from the beginning in 1861, I became very interested.

I'm also getting older, which could be another reason. The Civil War really didn't appeal to me very much during my college years or even in school when we were learning about it. Maybe if I had known then what I know now, I may have felt different.

And with Memorial Day I thought I would give you a chance to read a little bit more on how it all started.

It honored those who lost their lives in the Civil War. It was a devastating war with about 620,000 Americans losing their lives from the North and the South.

It was also not called Memorial Day in the beginning. It was actually named "Decoration Day." Many people were decorating the tombstones, markers, and buildings to remember those they had lost and loved. Groups of women of course, were doing the decorating.

Different towns have staked their claim as to having the first Decoration Day...as early as 1866. It wasn't until a hundred years later in 1966 when President Johnson finally settled the dispute by giving the honor to Waterloo, NY.

The whole article can be found here.

My Father and I are proud of our ancestor, for volunteering to take part in such a monumental fight. Obviously he believed whole heartedly in the cause. He survived the war but unfortunately we don't know a whole lot about his experience. We can only imagine. What we do know we have found through archived documents. His company was assigned to protect the area around Washington, D.C. and of course, the White House.

This Memorial Day I'd like to say "Thank You" to all those who have done the same. Stood up for what they believed in and risked their lives to save ours and our Freedom.

I hope you do the same.
Posted by Jillian's Bella Rosa Antiques at 2:52 PM

Jillian I am so honored to read this! I am a Civil War Reseach volunteer with the Green Wood cemetery in Brooklyn, NY

I posted about it on my blog --look under "Brooklyn" or go here:

Thanks for entering my blog give away!

The Department of Foreign Affairs will help you find out information about getting a headstone for your great grandfather
http://www.va.gov/
Go to this link and read all the info
http://www.cem.va.gov/cem/hm_hm.asp

You will need documentation, etc and proof of eligibility and fill in a VA form. There are phone numbers on the VA homepage to call if you need assistance.

I hope that helps and I hope you will be able to get the proper headstone to mark your great grandfather's grave and honor his service to our country!

I spoke with the historian at Gren-Wood Cemetery and told him about your family not having success getting a Civil War gravestone for your great father. He gave me the following information:

The instructions are extensive. An application must be filled out by this descendant, then signed off on by the cemetery where it will be installed."

I hope this helps! Your g-grandfather is entitled to a headstone for free, for his Civil War service!