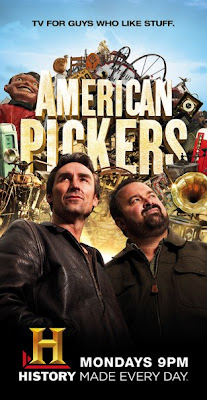 My Dear Hubs found out the American Pickers were in his parent's area of the state. No sooner did he learn of this interesting news, he was contacting them. And lo and behold, someone from their staff, called back. 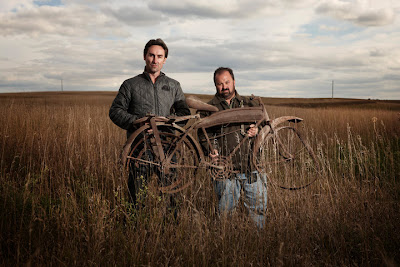 It is quite possible that Mike and Frank will be coming to my In-law's place for a looksie. 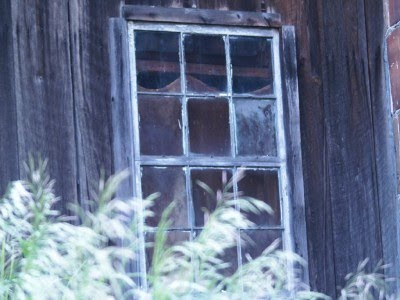 You never know what you might find through the glass window of their big 'ol barn. 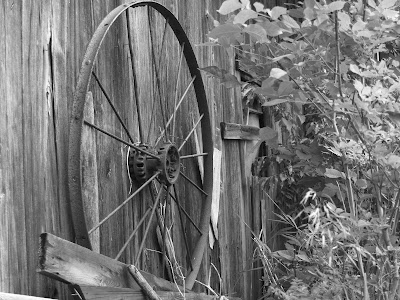 When Dear Hubs and I were first married I took several pictures around their place, I was so intrigued by all of the neat stuff they had. But now I'm actually kind of jealous. I'VE NEVER BEEN ALLOWED to go into the barn! To their credit, I don't think I've ever really come out and asked. 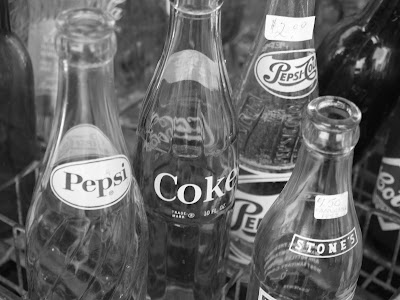 We were surprised (although after all my years working for TV I'm actually not too surprised) you kind of have to "qualify" to have them check you out. Pictures need to be sent in and I guess they have to like what they see. It doesn't appear that way on the show however.

Then there is the chance my in-laws just might not want them going through their things. Plus, they are more organized than some of the properties they normally pick through.

In the meantime I have a few finds I've "picked" myself. My finds are a lot more feminine and can fit into a nice small box for easy shipping! 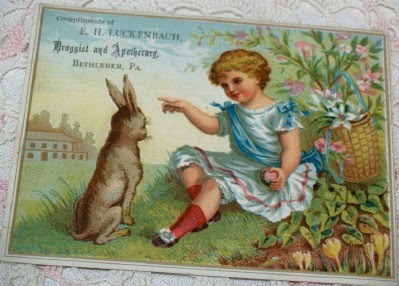 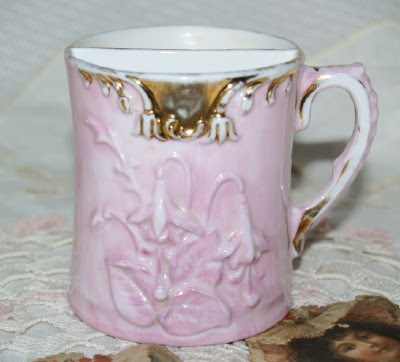 A pink shabby moustache cup! Either men didn't care about what color their mugs were or women had some scary lip hair back then. Ha! 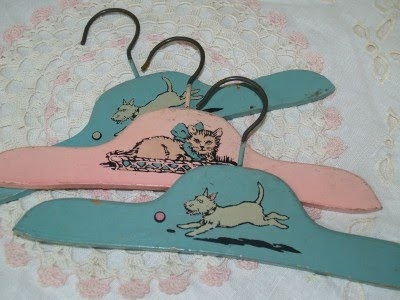 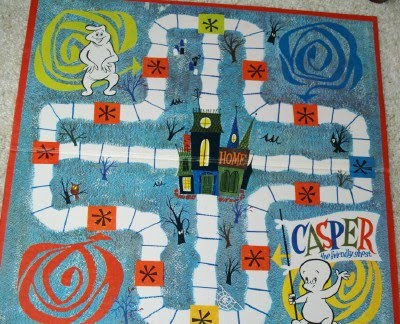 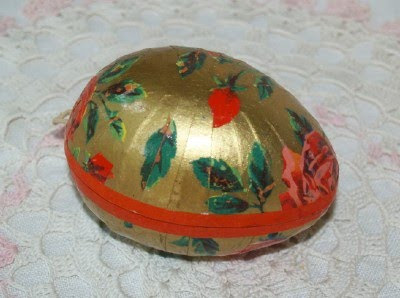 This is an old West German egg which opens up to a neat "toile" paper covered inside lining.

I'll be listing soon... I'll be back with updates!

The American Pickers might be going to your in laws? The way you tell it even YOU can't get into the PRIZE barn! This is getting interesting - VERY interesting! :0)

How great! I still have not watched! I know I know, I cannot seem to find it when I am searching for things to watch. I LOVE your new treasures!!!
Hugs, Lisa

I love that show! Let us know if they make the cut!

Wow..make sure to update this story!