(Note: All pictures on this blog post are the property of Bella Rosa Antiques. Please contact me for permission to use them.)

If you've been following along with my blog over the years, you may know that I have a penchant for the Patriotic.

My Sister has it too. We met up this weekend (in the middle of our two geographic locations) at Fort McHenry in Baltimore. We think it is our Father's influence. (His ancestors fought in both the Revolutionary War era as well as the Civil war.)

What makes Fort McHenry so special is its special place in history.  It is the home of the Star Spangled banner. 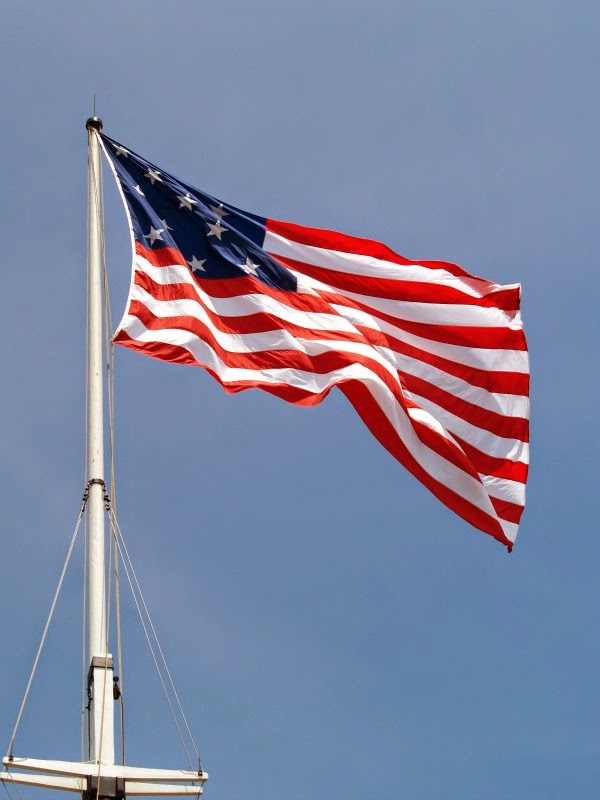 It all began with the War of 1812. ( I have also grown to love history as well. I think being a lover of antiques helps.) 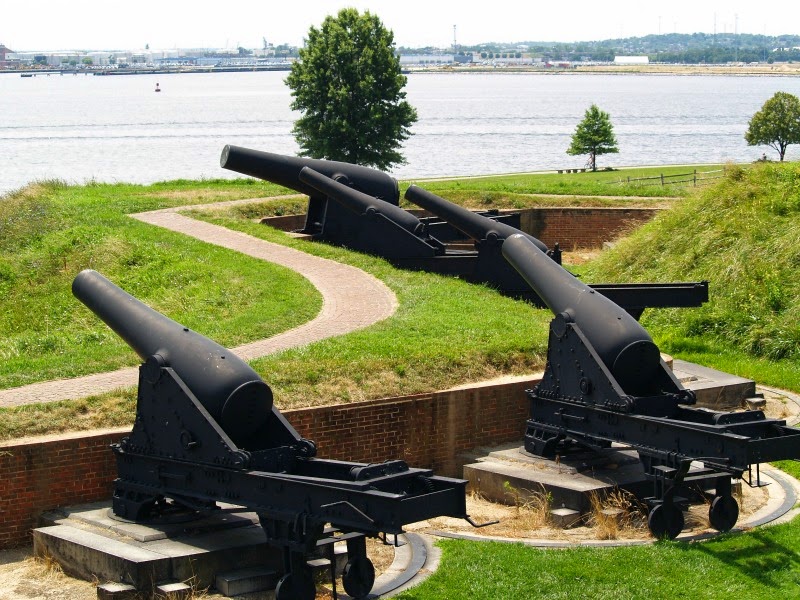 Anyway, the War of 1812. This yet another set of skirmishes with the British.They had already claimed Washington, burned the White House and more, and were now setting their sights on Baltimore. The only way they could do it was to take down Fort Henry.

Our soldiers worked hard and prepared for battle against the world's strongest military. They were ready. 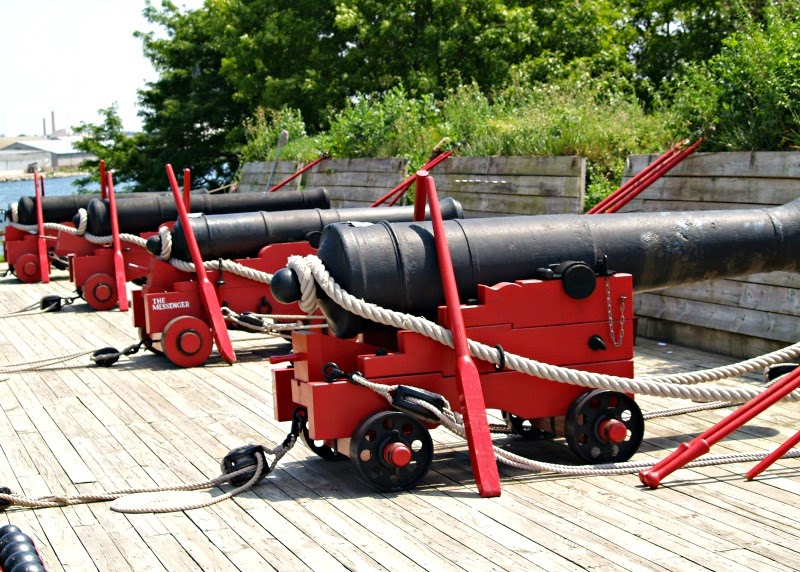 The battle lasted 25 hours. Then, the Brits finally ran out of mortars and rockets. Through the fog of war, literally, the Americans waited to see if they would be attacked again. 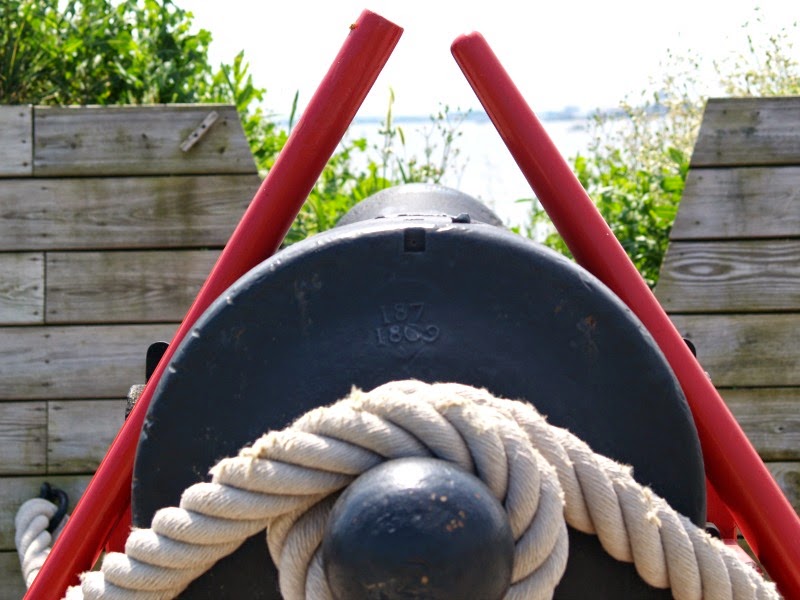 That morning, Francis Scott Key, a young lawyer, was watching for a sign of who had won. He waited to see which flag had been raised.

He describes that moment in his poem:

Oh, say can you see by the dawn's early light What so proudly we hailed at the twilight's last gleaming? Whose broad stripes and bright stars thru the perilous fight, O'er the ramparts we watched were so gallantly streaming? And the rocket's red glare, the bombs bursting in air, Gave proof through the night that our flag was still there. Oh, say does that star-spangled banner yet wave
O'er the land of the free and the home of the brave? 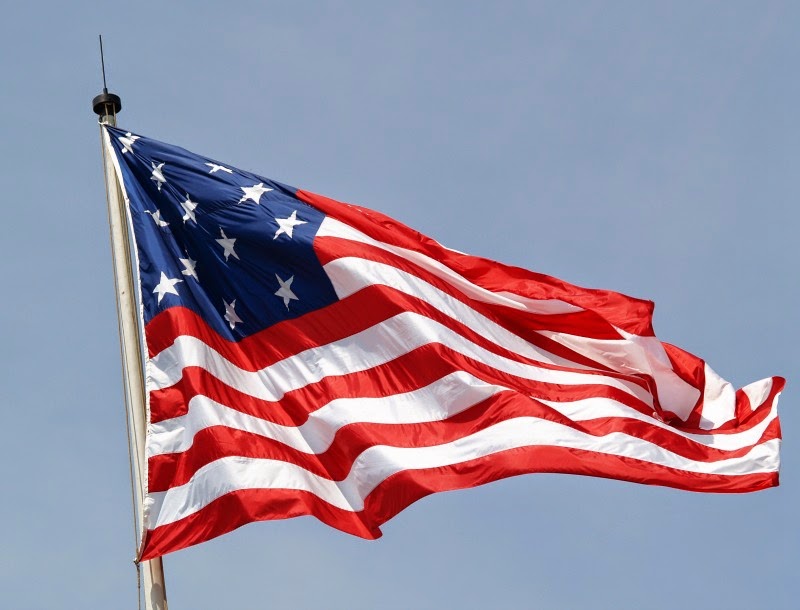 (This is the flag that currently flies over Fort McHenry.)

Below is the actual flag that is now sitting in the Smithsonian Institute in Washington, D.C. 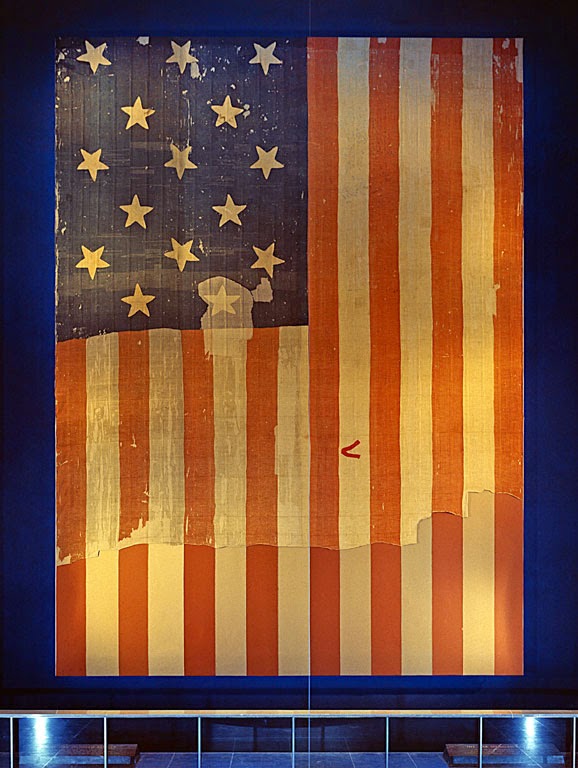 Photo credit:
Smithsonian Institute
In a few years we'll be heading down to D.C. to
see it in person to give Bebe a better look.
Here are the rest of the verses in Key's poem.
Scroll down to the last stanza if you don't feel
like reading the whole thing. (But it is interesting.)

Take note of the third to last verse.
And this be our motto: "In God is our trust."

I'm carrying on the triumphant wave.... I hope you will too.

This weekend we also went to see the new movie "America." It was a very good documentary about the indictments people make against our country, but it also made many good arguments about what makes America special. Really special. As in, once you leave these borders, you are not in Kansas anymore... as Dorothy used to say.  We are living in the only "land of the free" on the planet.

When the movie was over, the audience applauded. When the lights came on, I saw that my husband and I were the youngest people in the theater.

It saddened me because I realized it is the younger generation that need to see the movie. Not my generation and the one ahead of me. We already know what makes America special. 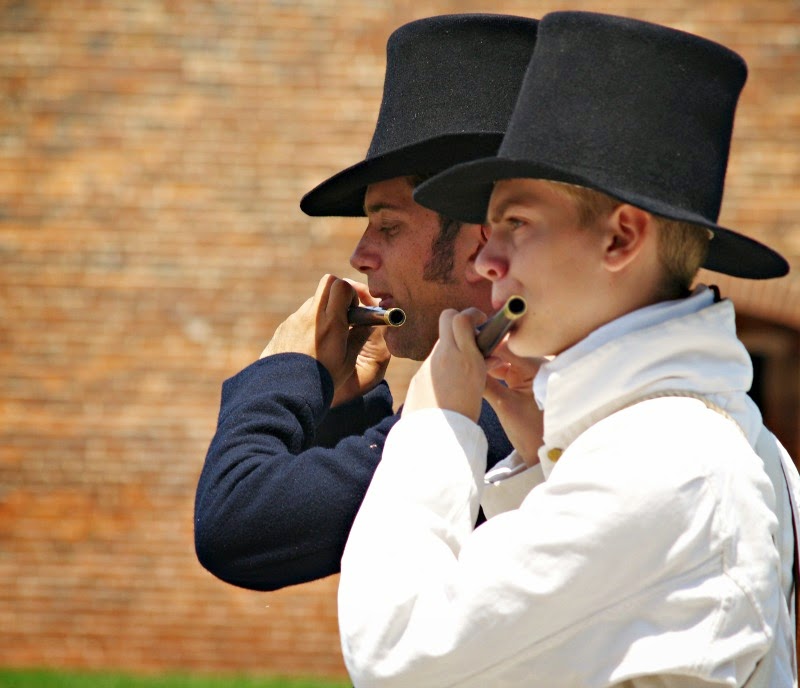 
When the movie comes out on DVD I encourage you to buy it and share it with the younger set. They need to see it. 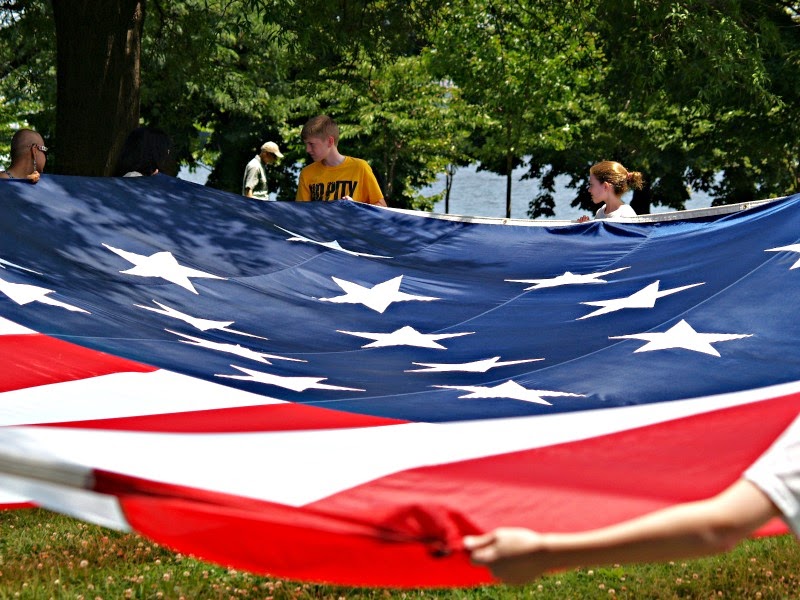 (Visitors at Fort McHenry take part in a flag
demonstration and tour.)

A website with great facts about the flag and what happened to it:

I love these kinds of movies! I watched the John Adams series a few times over the years - love it!