GREASE is the Word! And the lyrics and the singing... Shush Please! 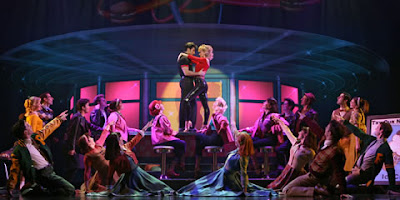 Dear Hubs and I went out for an early anniversary present the other night. We went to see GREASE! 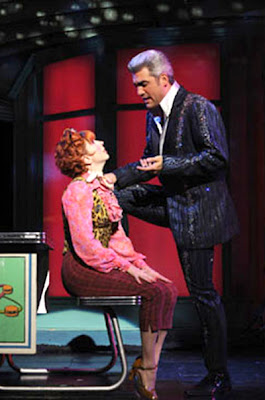 American Idol's Taylor Hicks starred as the Teen Angel, just like Frankie Avalon in the movie. 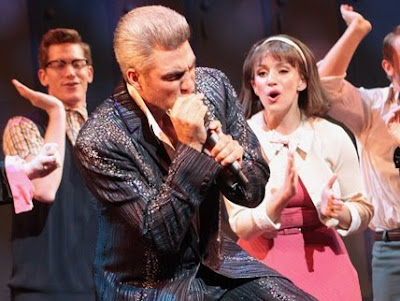 He did a great job and surprised me at how well he hammed it up!

The whole play was lots of fun, full of energy and dancing.

Obviously so did the 40 something year old woman sitting in the aisle across from me. She sung and clapped and hand jived the entire show! Cute maybe if she was lets say, TEN! But, no she was my age. It was kind of embarassing.

Despite her noise and annoying zest for all things GREASE, we had a great time! I'd have to give it four popcorns! I'd have given it my top rating of 5 but the sets were the only thing I wanted to see more of and there were mostly backdrop curtains instead.

I would definitely recommend it!
Suddenly though I have the urge to go get my GREASE DVD and album and relive my earlier years!
"We go to together like sha na na na...."

Posted by Jillian's Bella Rosa Antiques at 10:03 AM

What fun memories your post has brought back! Like how I would censor Grease Lightning if my parents were around! Oh the censorship of musicals I did when I was a preteen and teenager!!

It sounds like such fun, thank you for taking us with you : )

What a fun night.... I loved that movie too,, and all the great songs..

Have a great weekend.

Loved it when I got to see it on Broadway back in the 90's! What a fun day that bus trip was!