Vacation Memories: Pics and Tips for the Magic Kingdom

So excited!
My photos were uploaded from our trip to Disney.
I was afraid I had lost them. But my Dear Hubby
was able to retrieve them from the camera.
Turns out this simple little Olympus camera
I bought at Costco is not so simple to use!
But so happy to have these pics!
I'm actually planning to make a scrapbook.
This is so unlike me... I am still hoping
to finish my wedding scrapbook and this May
will be our tenth year of marriage!
But there's just something so fun about
being at Disney when the temps were warm
and our home area was covered in snow! 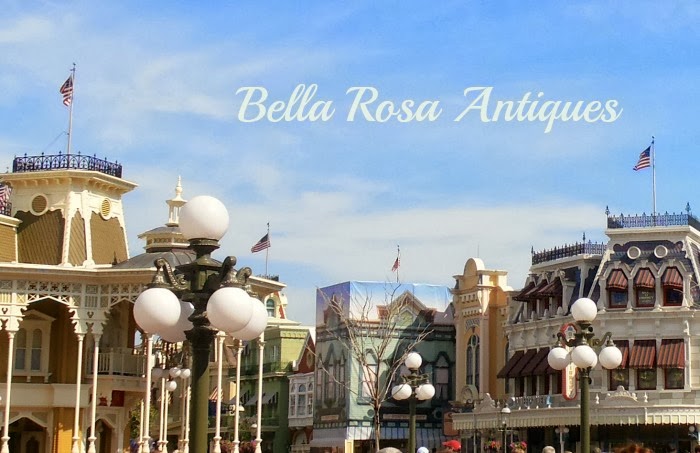 Anyway, we were first greeted by "Main Street U.S.A"
and it is so charming... I remembered seeing it when I
was Bebe's age in 1974... we discovered that
Walt Disney World first opened in 1971. 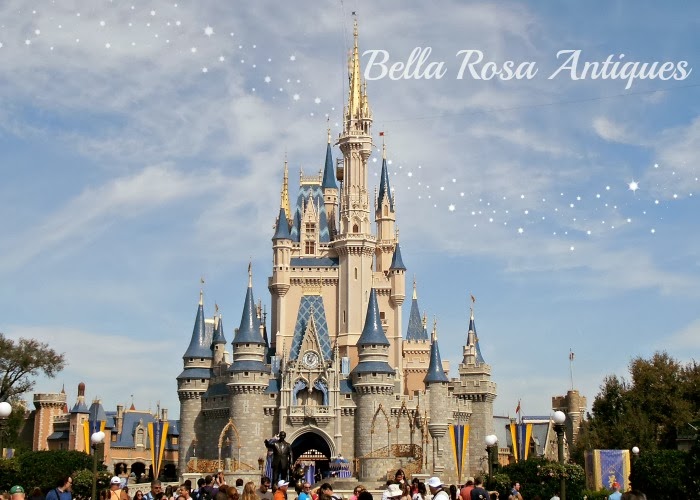 We had a beautiful day for our trip to the Magic Kingdom.
What is that up in the sky?

I embellished the castle just a little bit with
some "Tinker Bell" stars using Pic Monkey! 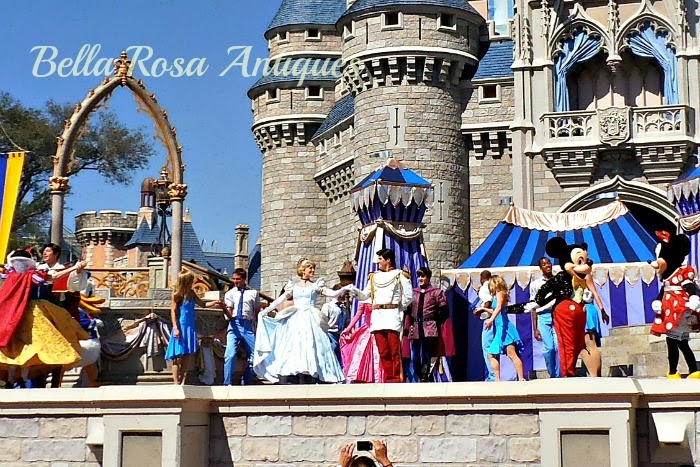 The cast and staff at Disney are always putting on a
show throughout all of their parks. 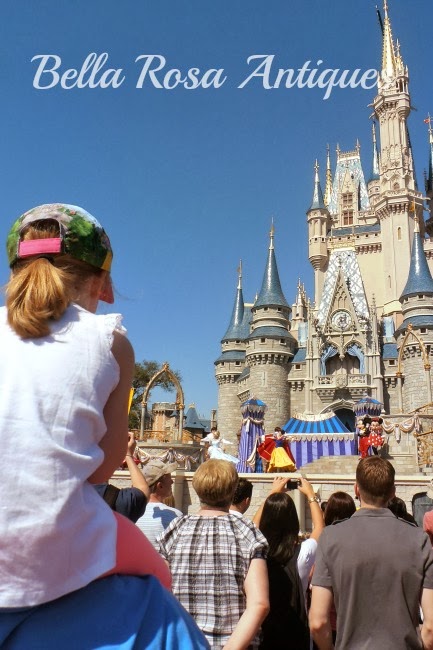 Bebe was able to see, way up high
on her Daddy's shoulders... 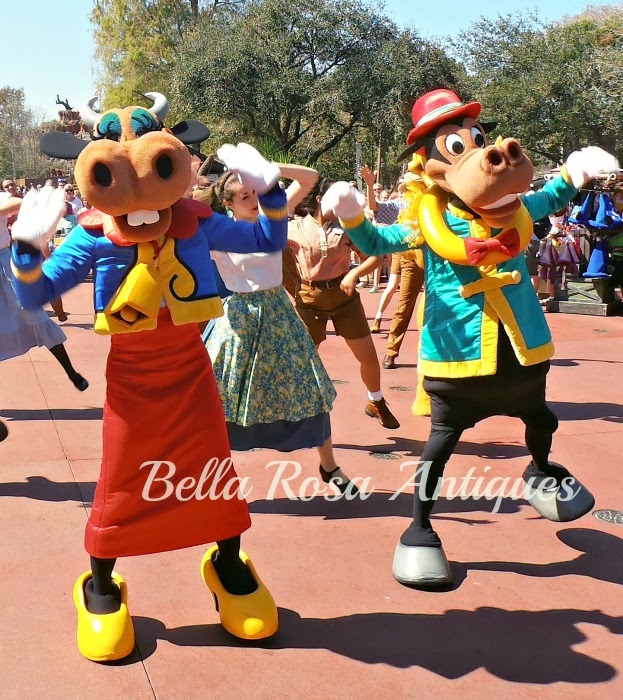 Then we happened upon another show in front
of the country bears jamboree... 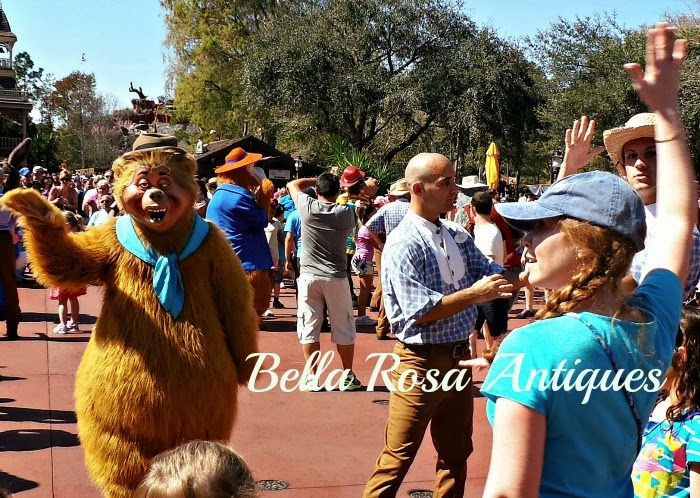 I guess my new ballet classes made me think I should
join them for awhile! It was fun! I didn't care,
I was wearing shorts in the middle of February!
(I'm in braided pigtails) 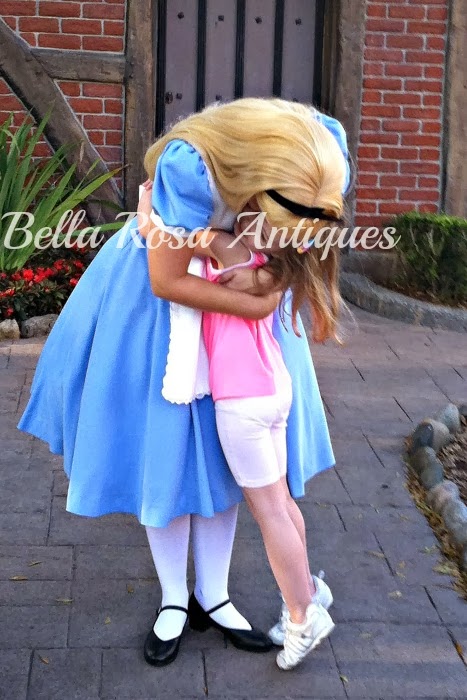 Bebe was able to meet several princesses,
Pluto, and even Alice in Wonderland!
(More on how we did it on a budget below) 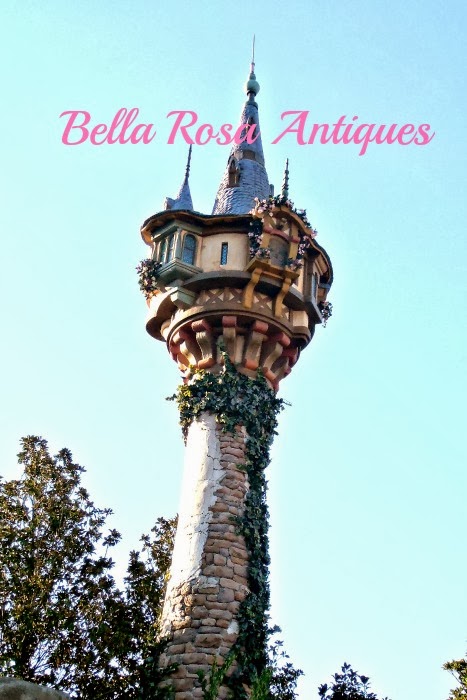 And if I'm not mistaken, this looks a lot like Rapunzel's tower! 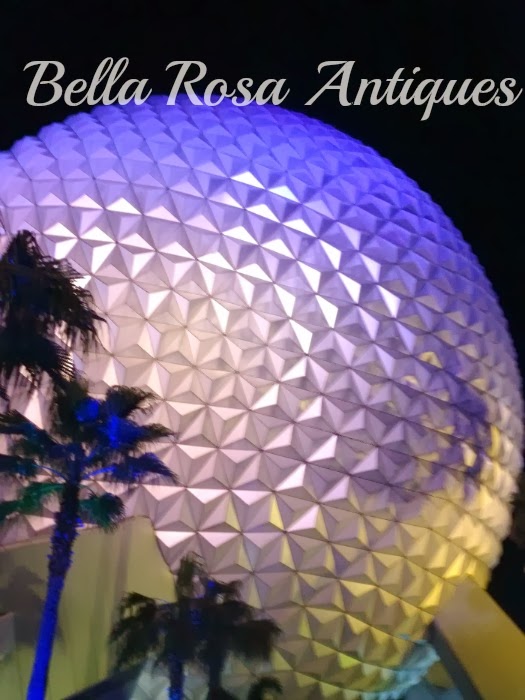 We also visited EPCOT, which is one of my favorites. 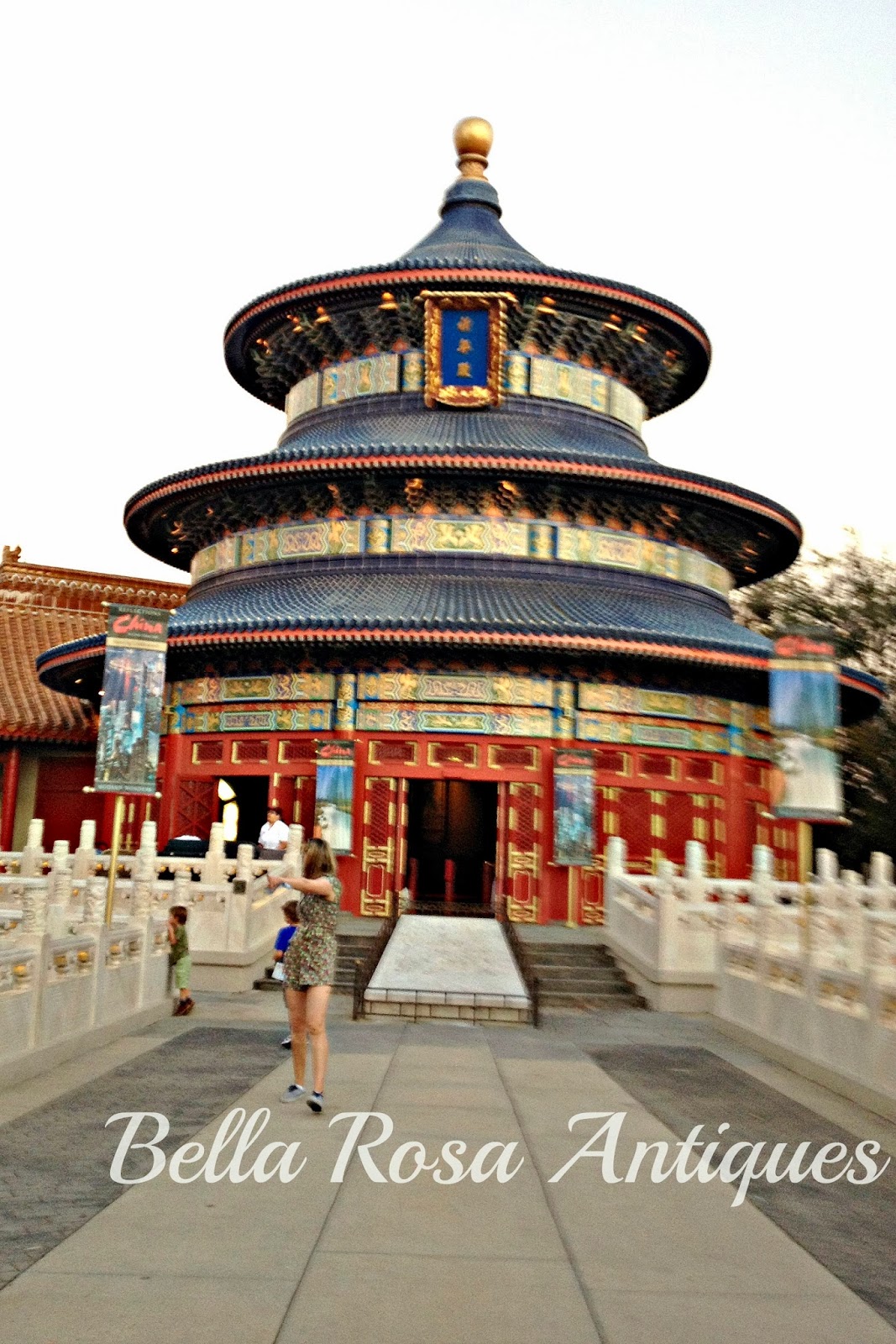 Everything was done just right.
You really felt like you were in each
foreign city. My favorite of course, was Italy. 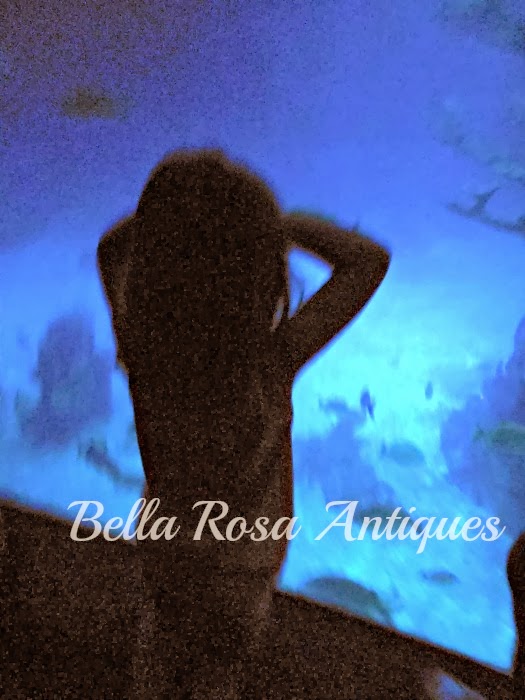 There's also "Future World" as you first encounter EPCOT.
Here is Bebe looking in amazement at all of the
under water creatures in the "SEAS" exhibit.
We sure had a lot of fun. But there were some
things we did to save money. So, here are
some of the things we did to cut corners.
Like the "Bippidi Boppidi Boutique."
Really high priced and so were all
of the dresses and accessories.
We've played dress up so much here
at home it kind of lost it's glitz and glam.
And Bebe wasn't even really interested.
If you still want to let your little one
become a princess. . . buy your own
dress & tiara before you get to the park,
put her hair up and have fun!
Big savings! $$$$$
We also brought souvenirs in our suitcase
so every time Bebe asked us to buy her
something we would say "Mommy has
some special souvenirs in her suitcase
for you when we get back!"  I think the
mystery behind them was enough to
keep her from asking over and over.
I only spent about $6.00 as I found
several Disney princess items at the
dollar store! Bebe loved them!
Another savings. $$$$$ 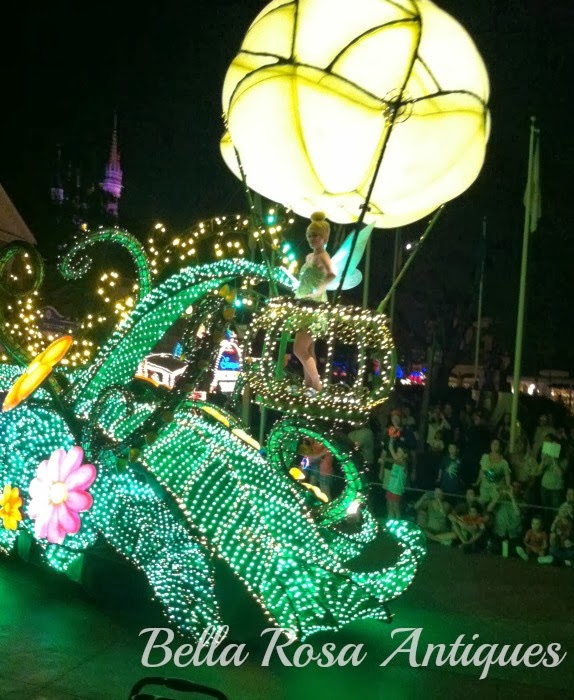 Also, the Fast Pass that everyone talked
about is not so easy to obtain. We discovered
you have to go wait in line for them and you must
go early, early, early. And they only give you three of them
and you have to know which three rides right then and there.
By the time we figured it all out, most of the
Fast Passes were taken. Our first chance
at getting one was at night. Once we did
get to use them it was great. Just go EARLY. 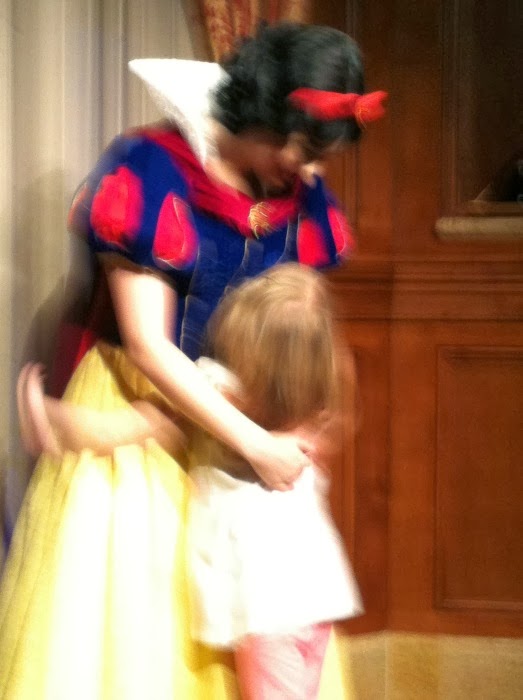 We also figured out that if we used a Fast Pass
to meet and greet the Princesses at
Princess Hall, we could save the money
on the character breakfast or dinner,
which are extremely over priced.
We're not cheap, we're just on a budget!
Hope you enjoyed our pictures and some of
our money saving tips! It was definitely
a great time, great weather, and
we left with some great memories...
Now back to my regularly scheduled life...
when is spring going to get here?