Christmas presents. Sometimes you just struggle to find the right one.
Some people are hard to buy for. Some, are easier than others.

Either way, this year, my husband hit it out of the park.
He gave me two tickets to see the Dancing with the Stars Live Tour.
Along with that, a VIP meet and greet! 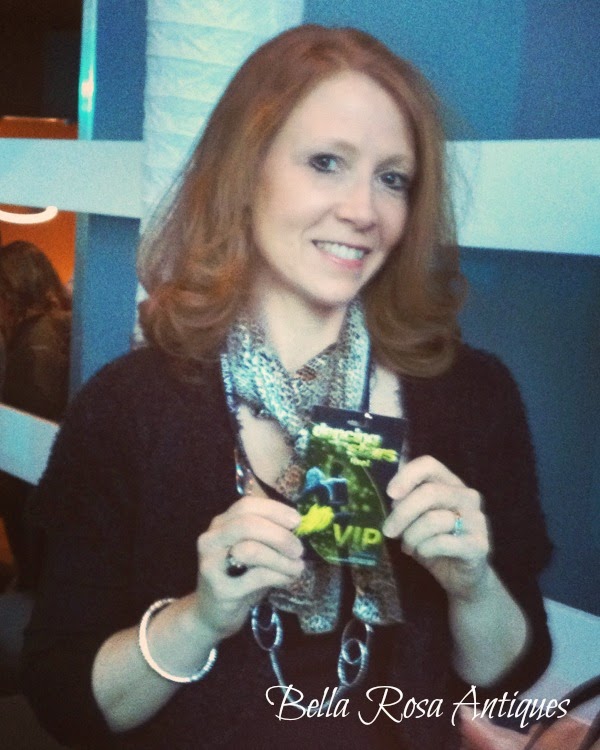 We arrived with eager anticipation only to find out there was a long line for the meet and greet. Here I am after receiving our "VIP" badge and tickets for the 3RD ROW! Whoo hoo!

Then back in a long line again.

After finally making it up to the front of the line we realized our high hopes of getting to "meet" the stars were falling back down to reality.  I wasn't really that ga-ga about it anyway since I have worked in TV, but we looked forward to it as something new and fun to do.

We had heard through the grapevine that Mark Ballas was not going to be there but that Val, Emma, Witney, Alfonso and Keo were in the VIP group.

We were not allowed to take photos with our own cameras. They took our photos, which were to be uploaded and "received" online.

It was really quick!  I barely had a chance to squeak out to Alfonso: "I saw you in the Tap Dance Kid in high school!" and "You are my favorite!" and to Witney: "You are gorgeous, such a great choreographer!" Shook Val's hand, Keo's, squeaked out something to Emma....then some big security looking guy is shouting.... "TAKE THE PHOTO NOW" and you are whisked off, handed a small dollar store tote bag, and shown the door. Boom. The end. Wow.
(And Mark Ballas was not present.)

So off to lunch we went since the show didn't start for another 2 1/2 hours. 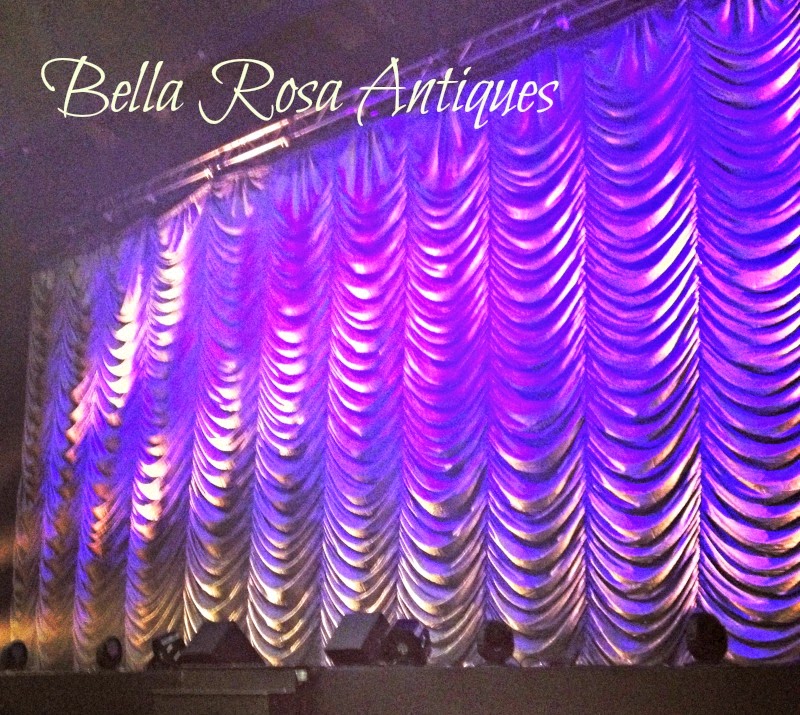 Then, once we were seated for the show,
the anticipation was building again.
Smart phones were out and buzzing with action.


The stage was quiet. We were all
waiting for the show to start...
then at stage right, shadowy figures appeared. 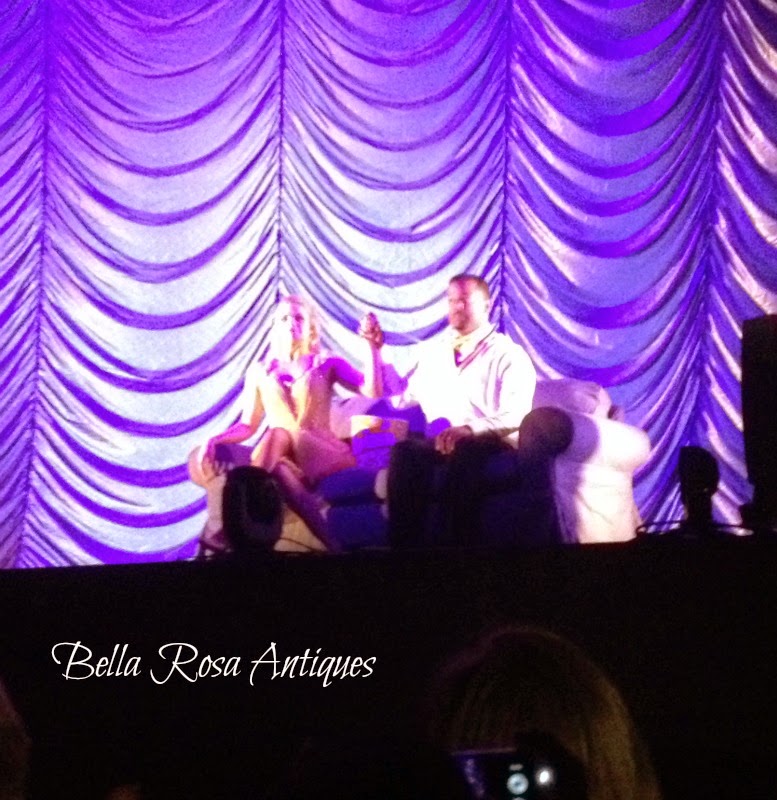 And then, BAM! Spotlights on! And
there were Witney Carson and
Alfonso Ribiero, seated on a couch. 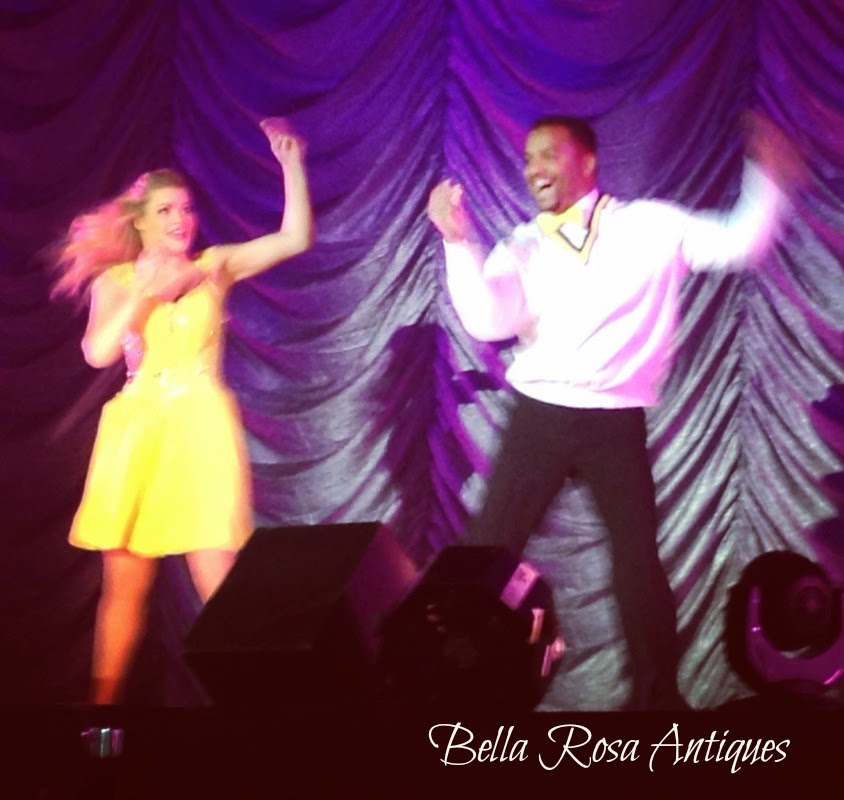 They did their famous number from last
season's Dancing with the Stars routine.
The one where he does his infamous
"Fresh Prince of Bel Air move: The Carlton." 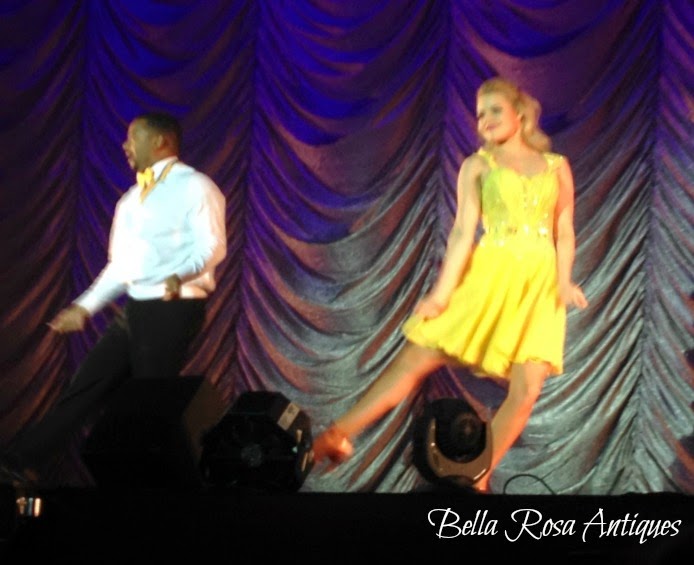 It was fabulous! What an uplifting way to start the show.
Just look at her lines... the way her toes are pointed. 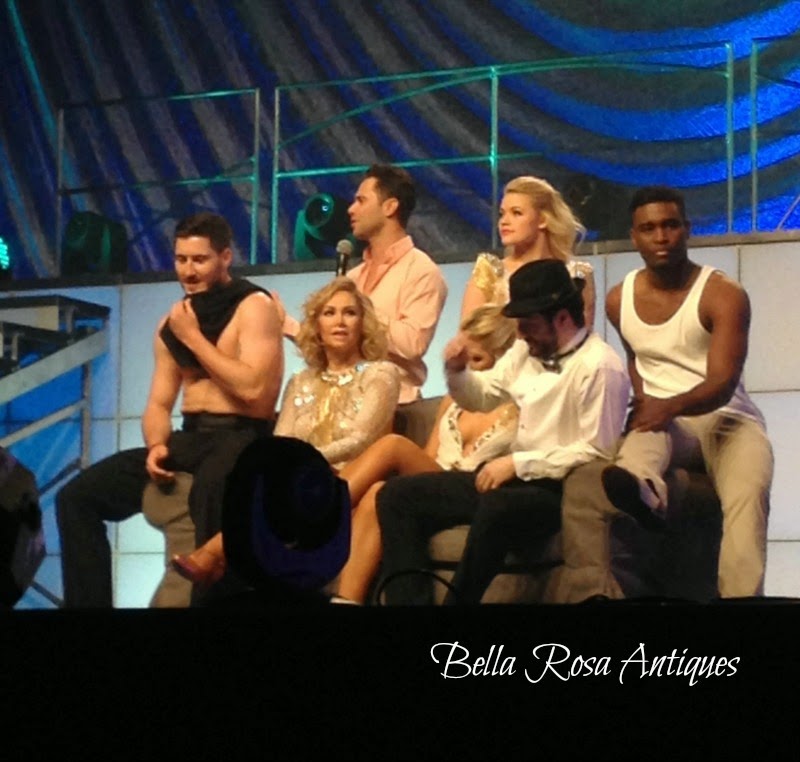 There was a lot of variety, not just dancing.
Both Mark Ballas and Val play
musical instruments. Guitar and Violin
I thought this interview segment where
Alfonso asked them questions
was a nice aspect to the show. It looks like
some of them are looking right at me! 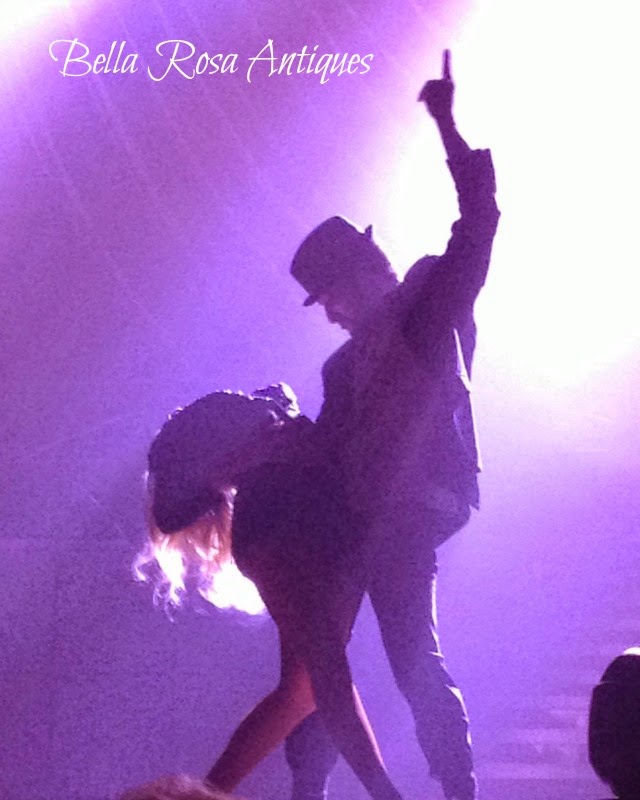 I "snapped" this great shot of Mark Ballas
and Emma.
Love the silhouette shape! 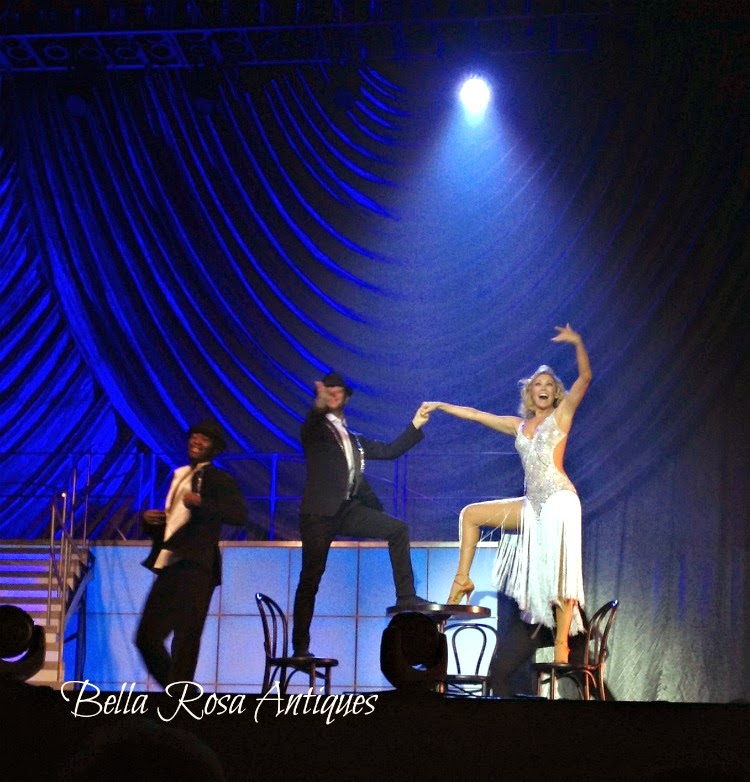 The rest of the performances were awesome, too. This was a fun number
with the Australian Kym Johnson. She is a judge now on the Australian version
of Dancing with the Stars. 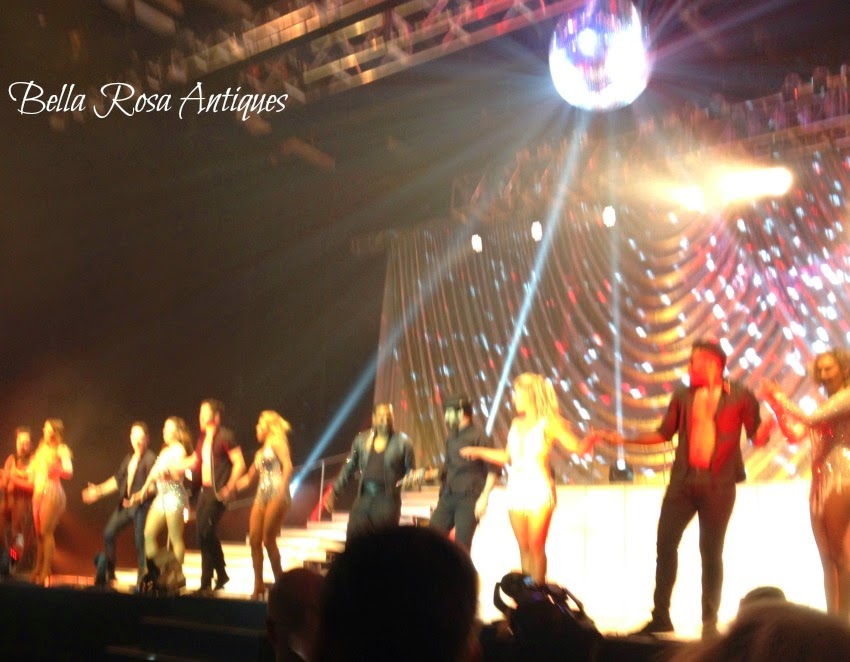 
Posted by Jillian's Bella Rosa Antiques at 11:30 AM

Jillian,
the pic of Mark is amazing! I got tickets for Christmas from my kids also, sadly, not as good seats as you but we were able to see everything! I went with my daughter and we had a blast. Not only was the show (in Nashville) great, but Shawn Johnson was in the audience, was bought up on stage and so was Michael Waltrip
Shawn was great, during the break she took a lot of photos with folks. We really enjoyed the whole adventure!
Visiting from Coastal living party.
Rebecca

What a great experience! I wonder how your husband got his hands on tickets like that! Wow! Nice memories to have.