I think this weekend just flew by. It usually does when we pack it with so many things to do. 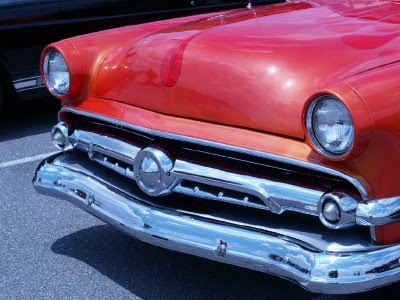 
It was HOT. I brought Dear Bebe. It was HOT. We left soon after we arrived!

Then after the car and chicken event ended, we went to a friend's house for dinner (same chicken barbecue) and after our tasty meal (we also indulged on the first corn on the cob of the summer) our little toddler's played in the pool. It was a great, relaxing evening with nothing to do but watch the kids have fun. There is no picture unfortunately because I forgot the camera card for my camera! My friend took pics and I am waiting to get them from her.

When we arrived home, we decided to watch our Netflix movie that had been sitting on the table for a few days. Ever since we had Dear Bebe the movies just do not get viewed as quickly or as often as we used to. 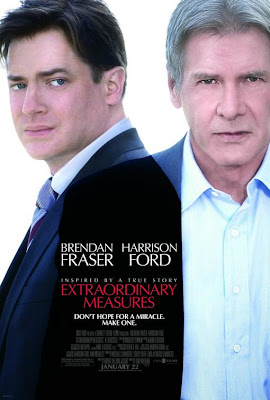 Extraordinary Measures was a really good movie! It is about a family with two children who have Pompe disease. This disease sabotages the muscles and organs and eventually kills the children by the age of nine. The father was determined to do everything he could to keep them alive. So, he finds eccentric doctor (Harrison Ford), Robert Stonehill. Ford did a pretty good job of playing the doctor but it was a little bit of a mixture of Indiana Jones meets cranky Han Solo. Ha! No, really, he was convincing. The movie conflict occurs when the two unlikely characters team up to create a drug no one had ever been able to fathom, all while watching time tick away as the sick children get nearer and nearer to death. This pretty much keeps the viewer interested in the outcome and a little bit on the edge of the seat, so to speak.


Brendan Frasier played the father. This was a good, serious role for him. I have not seen too many good Brendan Frasier movies. Keri Russell plays his wife although she does not get as much of the spotlight.

Now that I am a Mom I could really relate to the desire to DO ANYTING AT ALL POSSIBLE to find a cure for such a debilitating disease affecting children, especially your own. It also made me realize how fortunate we are for our healthy little Bebe. I try not to take for granted how blessed we are to have her and thank God for her everyday!

So without further ado, I'm giving this movie three and a half popcorns!

Then yesterday we had church in the morning and then naptime (thank goodness). After naps Dear Hubs went to fill up his antique case at a local antique mall with some goodies. (I however did NOT get to go antiquing this weekend! Oh no! Oh yes! Must find time this week!)

I made a great summertime dinner (using leftover said chicken from earlier barbecue) and then took Dear Bebe to get ice cream and see some animals at a small zoo.


And now I'm going to try and catch up on my housework.

A weekend of fun=Messy House. The two usually go hand in hand!

Posted by Jillian's Bella Rosa Antiques at 9:31 AM

Thanks for the movie review!
We are always looking for good movies, especially ones we can watch with our teens--I will go to Plugged In Online, too, and check this movie out!
Now go clean something :)
(I am cleaning and simplifying in my home-it's too much like work!)
Hugs to you and Dear Bebe!
~me

Jillian, Looks like you had a great fun-filled weekend, crowded with things you like to do and great friends to do them with!